As the Executive Director, Ms. Gilliatt has general oversight for all Club functions, including working with the board to plan and implement the budget; supervision of the full and part-time staff; oversight over Club facilities; compliance with state, local and BGCA regulations; and fundraising.

Ms. Gilliatt has been with the EPBGC since Sept. 2000, when she joined the staff as Director of Development. She assumed the role of Executive Director in January 2004. Since becoming Executive Director, she has been responsible for funding and completing a $1 million capital improvement project (the Williams Avenue Expansion), restructuring the Club Board of Directors, and ensuring that current Club programs are based on industry best practices, with a focus on measuring program outcomes.

She holds a Bachelor of Arts in International Relations from Johns Hopkins University. Prior to joining the Club, she was a Program Assistant at the Johns Hopkins University Institute for Policy Studies, Center for Civil Society Studies’ Third Sector Project, a training of trainers program which worked with nonprofit executives in Central and Eastern Europe in the post-Communist period. She assisted in writing handbooks on Marketing, Fundraising, and Board Development that were translated into seven languages.

Mr. DeCosta has been with the EPBGC since June 1999 as a full-time employee; he was employed as a part-time lifeguard beginning in June 1996. During his tenure as a full-time employee, he has served as teen director, unit director, and director of operations, leaving him uniquely qualified to provide oversight for these positions. He holds a Bachelor of Science in Business from Babson College, where he concentrated in Nonprofit Management.

Ms. Peetz joined the Club team in October 2016 as the Program Director. In this role, she provides oversight for the program strategy at all three Club units, as well as, direct supervision and planning for the activities run at the Williams Avenue Unit. She is also responsible for measuring program outcomes.

Ms. Peetz received a Bachelors Degree in History and Education from the University of Massachusetts. She holds a Rhode Island Early Learning Certificate and has been trained on the current DCYF standards and in Bright Stars. She previously served as a director for another large non-profit in Providence.

Mr. Lavendier joined the Club team in September 2014 as the Director of the Hennessey School site. He also oversees the Club’s summer camp program.

Mr. Lavendier came to the Club after several years at a similar school-based site in Cranston. Mr. Lavendier holds a Master’s Degree in History from Northeast University and Bachelors degree in History and minor in music from RI College. He has taught private music lessons for 20 years.

In July 2019, the East Providence Mohawks Youth Organization joined with the Boys & Girls Club of East Providence. Mr. Ramos was the founder and executive director of the Mohawks and now serves as Community Outreach Director for the Club overseeing the Teen Program and the EP Mohawks.

Mr. Kavanagh began working for the Club in November of 2016 and since been promoted to his current position, Site Coordinator for Martin Middle School. He oversees Youth Development Professionals and staff to provide Club members with academic support and other enriching programs focused on the arts, leadership, recreation, and health & wellness.

Mr. Kavanagh graduated from Saint Anslem College with a bachelor’s in Criminal Justice. He began working with youth as summer camp counselor running recreation, archery, boating, and wilderness programs for the Aloha Foundation. Prior to his current role, Mr. Kavanagh held numerous positions at the Club as a Site Director and Teen Director.

Ms. Frampton was born and raised in Gettysburg, Pennsylvania and graduated from Kutztown University with a Bachelor of Science in Elementary Education. She moved to Rhode Island in 2005 and has worked for 14 years as an Elementary School teacher in a Special Education residential program for students with behavioral disabilities. In December of 2020 she received her Master’s in Reading Education from Edinboro University. 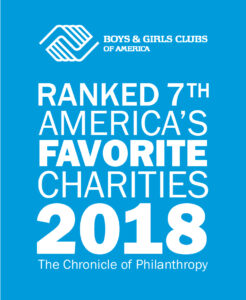